Troy Sumitomo is no stranger to making concept cars a reality. As the man with the plan at Five Axis, he’s responsible for building many Lexus concept cars including the Five Axis Concept IS F, GS F-Sport, IS F-Sport Sedan, Convertible, and of course the Yellow Lexus LF-Ch Concept that eventually gave birth to the CT 200h. Just last year in Las Vegas at the SEMA Show 2010, Five Axis was commissioned to put together a CT F-Sport concept car featuring F-Sport goods for the upcoming premium compact hybrid hatch. Just this morning, Lexus teased us with a rendering of whats to arrive in the Windy City. Despite the current blizzard conditions hampering Chicago, we expect the Five Axis CT Concept to bring some heat to the Lexus display at the 2011 Chicago Auto Show. If you’re looking for some warmth, come down to the Chicago Auto Show! 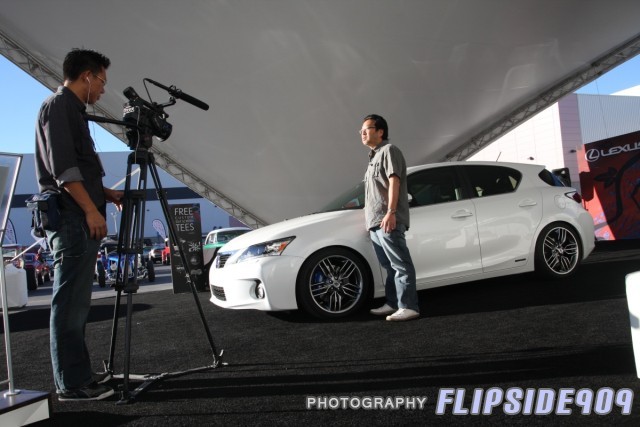